Our plumbers and gas engineers in Chiswick, Hammersmith and West London offer you Power Flush of the Central Heating system just for £450+vat(up to 10 radiators) including all chemicals and labour.

Why Do You Need a Powerflush 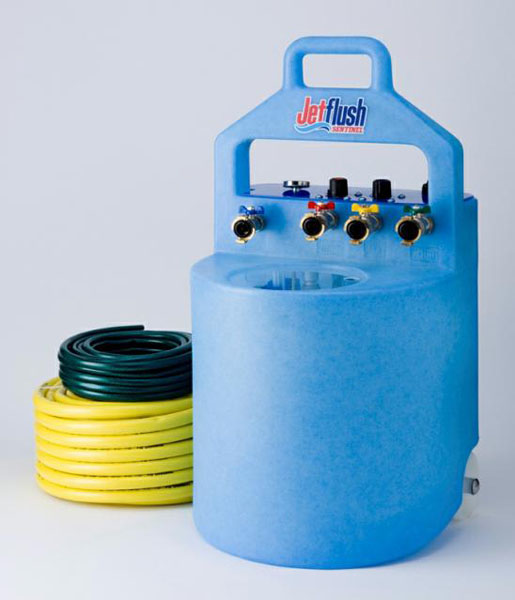 Unless your central heating system has sufficient corrosion inhibitor from the day it is installed, the water starts to deteriorate. The steel and iron components will start to rust. This leads to the formation of magnetite and a build up of sludge which is evidenced by the water in the system becoming black. As the build up of sludge increases it can block waterways and seriously impair the efficiency of your heating system, leading to higher energy bills and ultimately failure of pumps, radiator valves or the boiler itself.

If you have radiators which have cold spots at the bottom you probably have a build up of sludge and flakes of rust blocking the waterways within the radiator. If your radiators have cold spots at the top it may just be due to air in the system or it could be caused by hydrogen gas which forms due to a chemical reaction which is a part of the corrosion process. On top of this if you live in a hard water area and your system has not been regularly treated it may well also have a build up of lime scale which only serves to exacerbate the problem.

Regardless of these symptoms, systems 10 years old or more will have a build up of corrosion. If you recognise any of these symptoms then your heating system could almost certainly benefit from power flushing.

How Does Powerflush Work

t is an application of specially formulated cleansing chemicals pumped at high velocity but low pressure, to facilitate a thorough removal of all the products of corrosion without causing any damage to the system. The process will take several hours and once the system has been thoroughly cleansed the cleansing agent is neutralised and a corrosion inhibitor is added to the system for future protection.